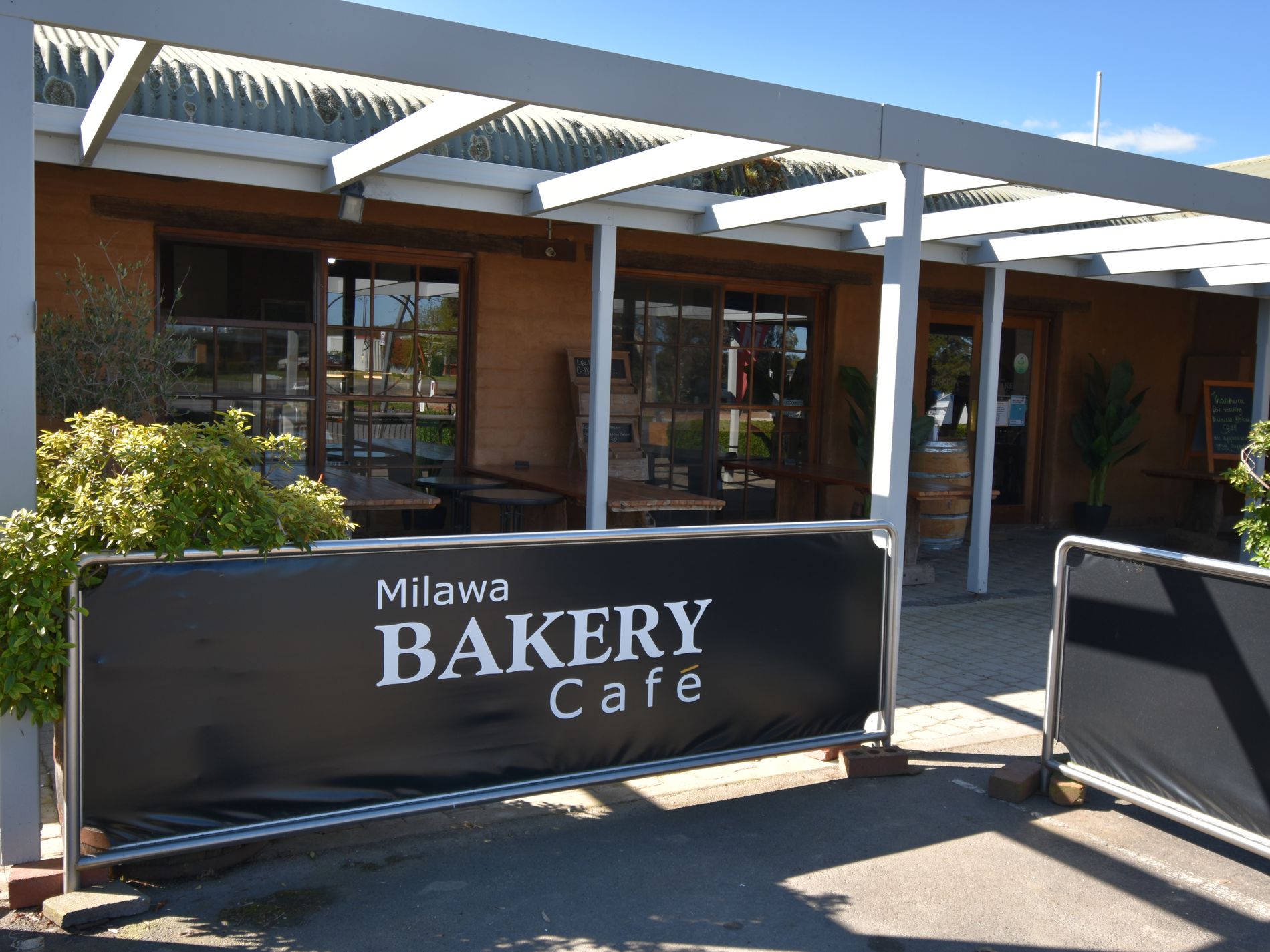 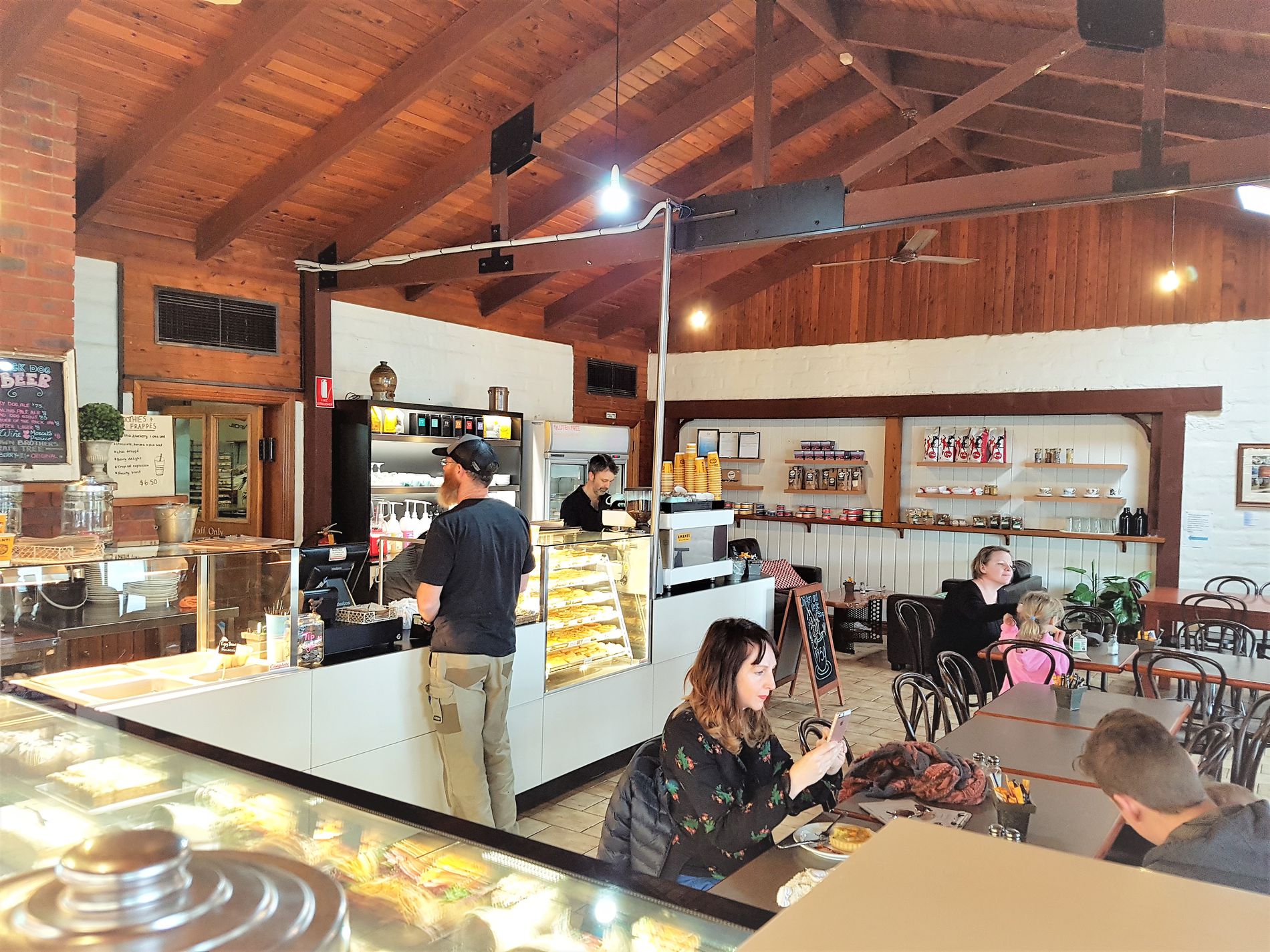 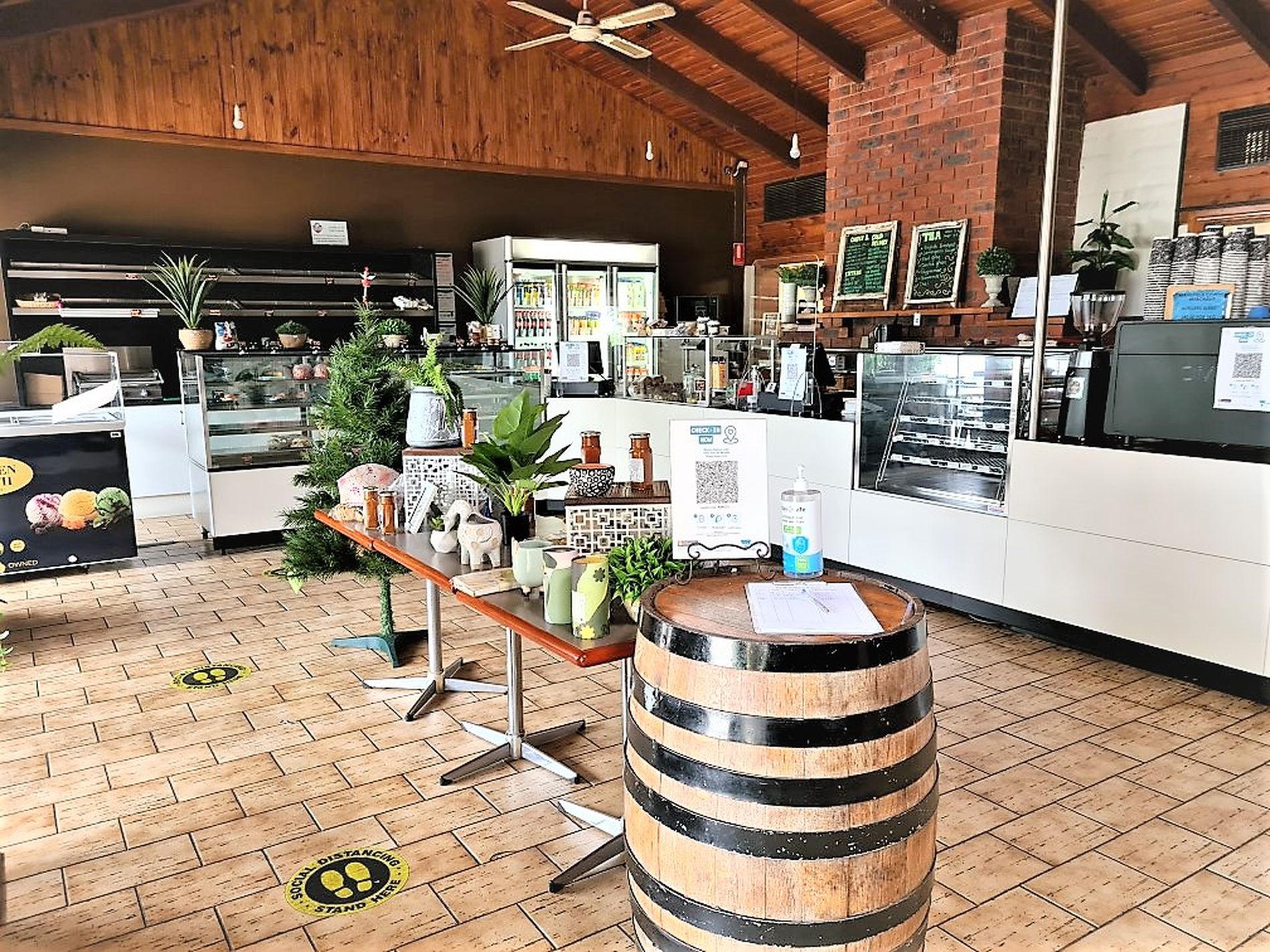 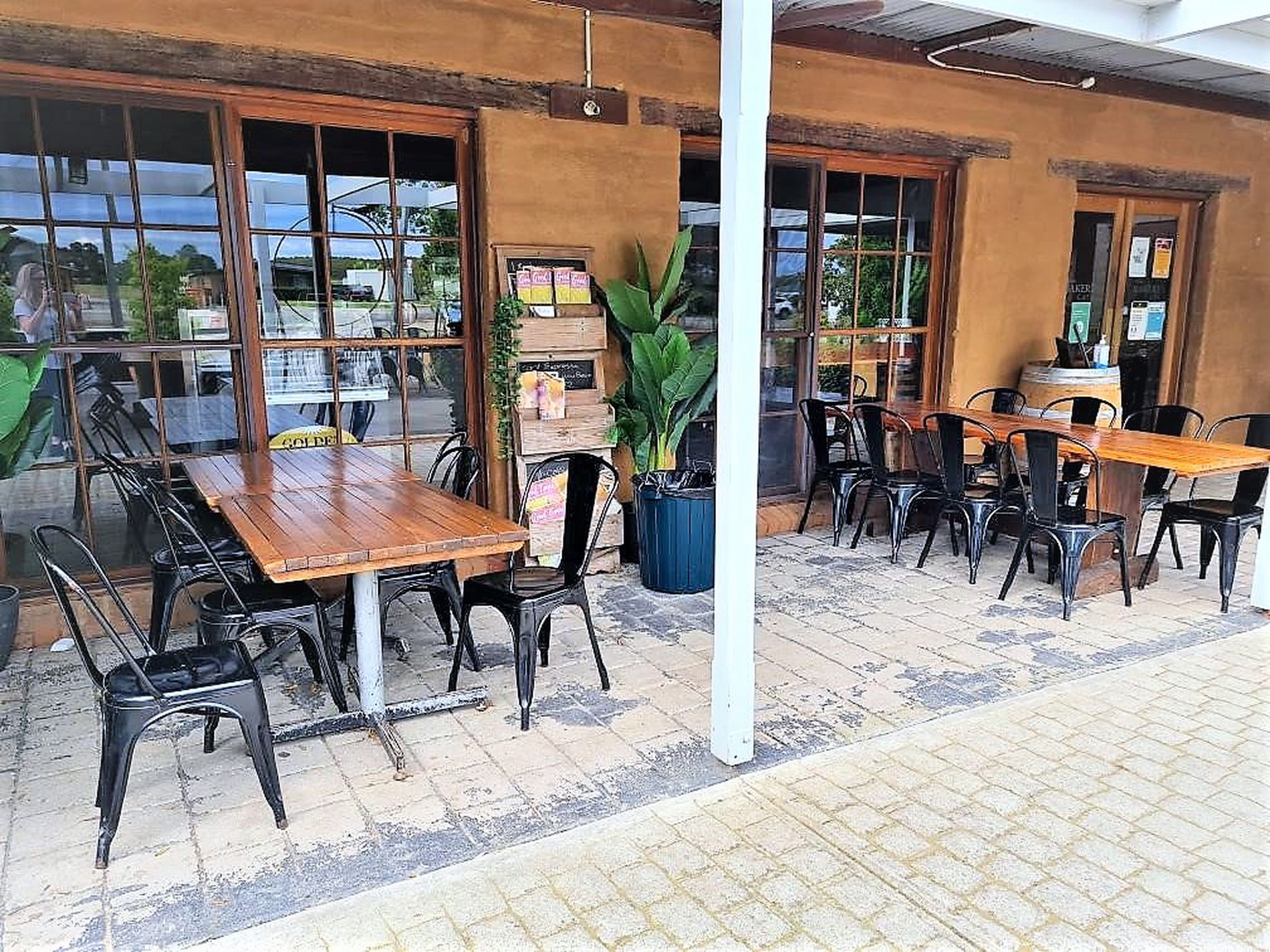 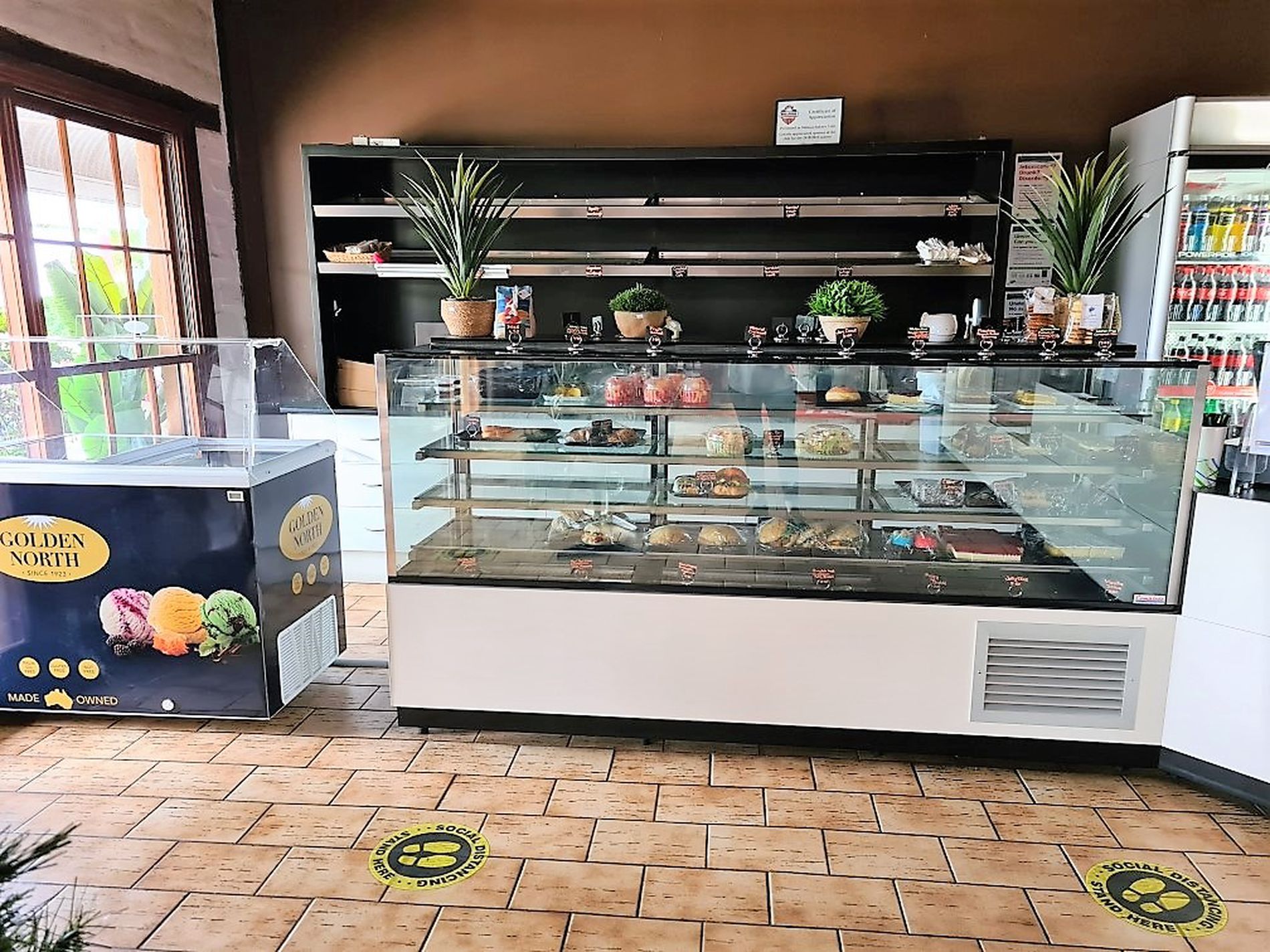 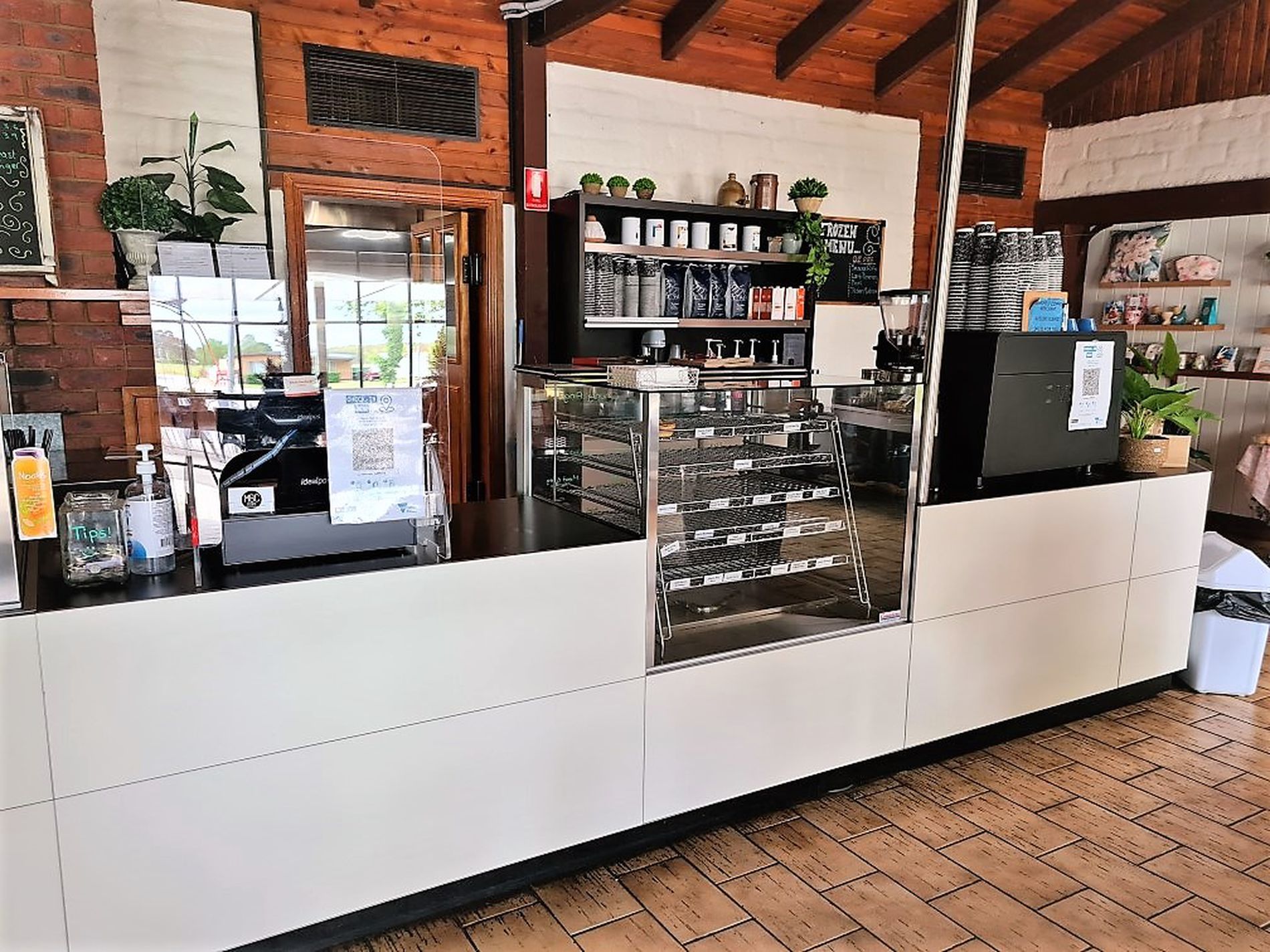 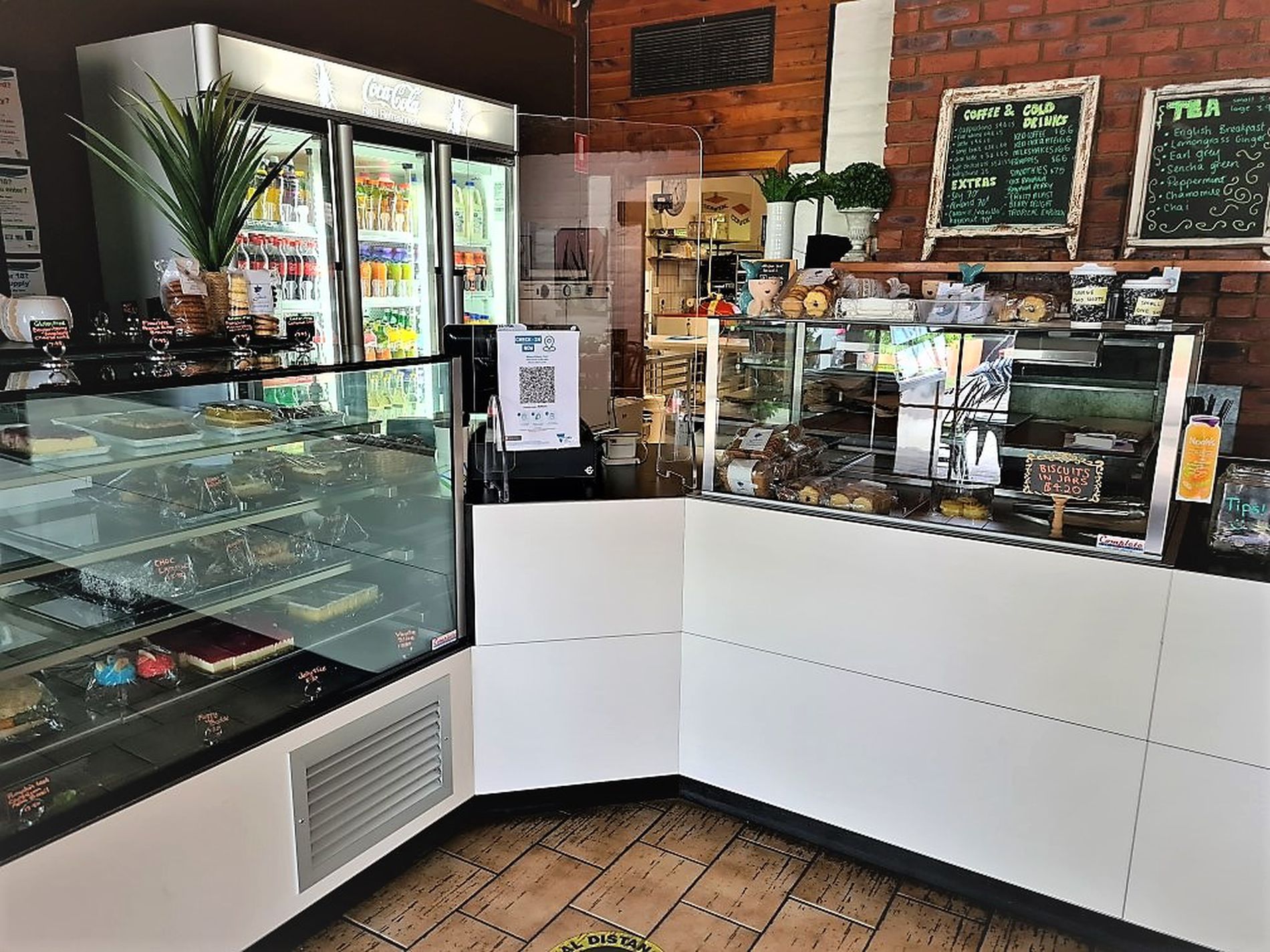 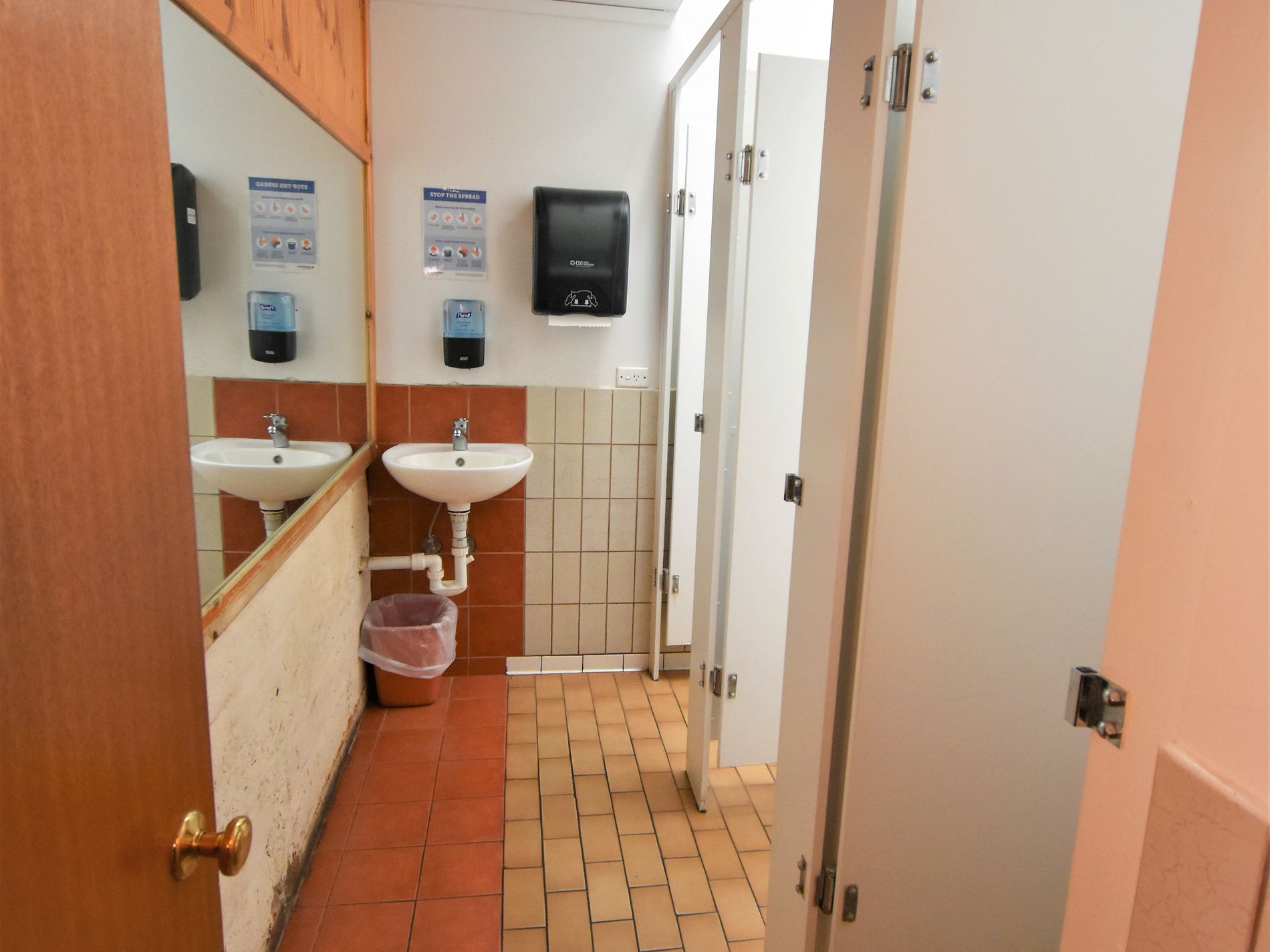 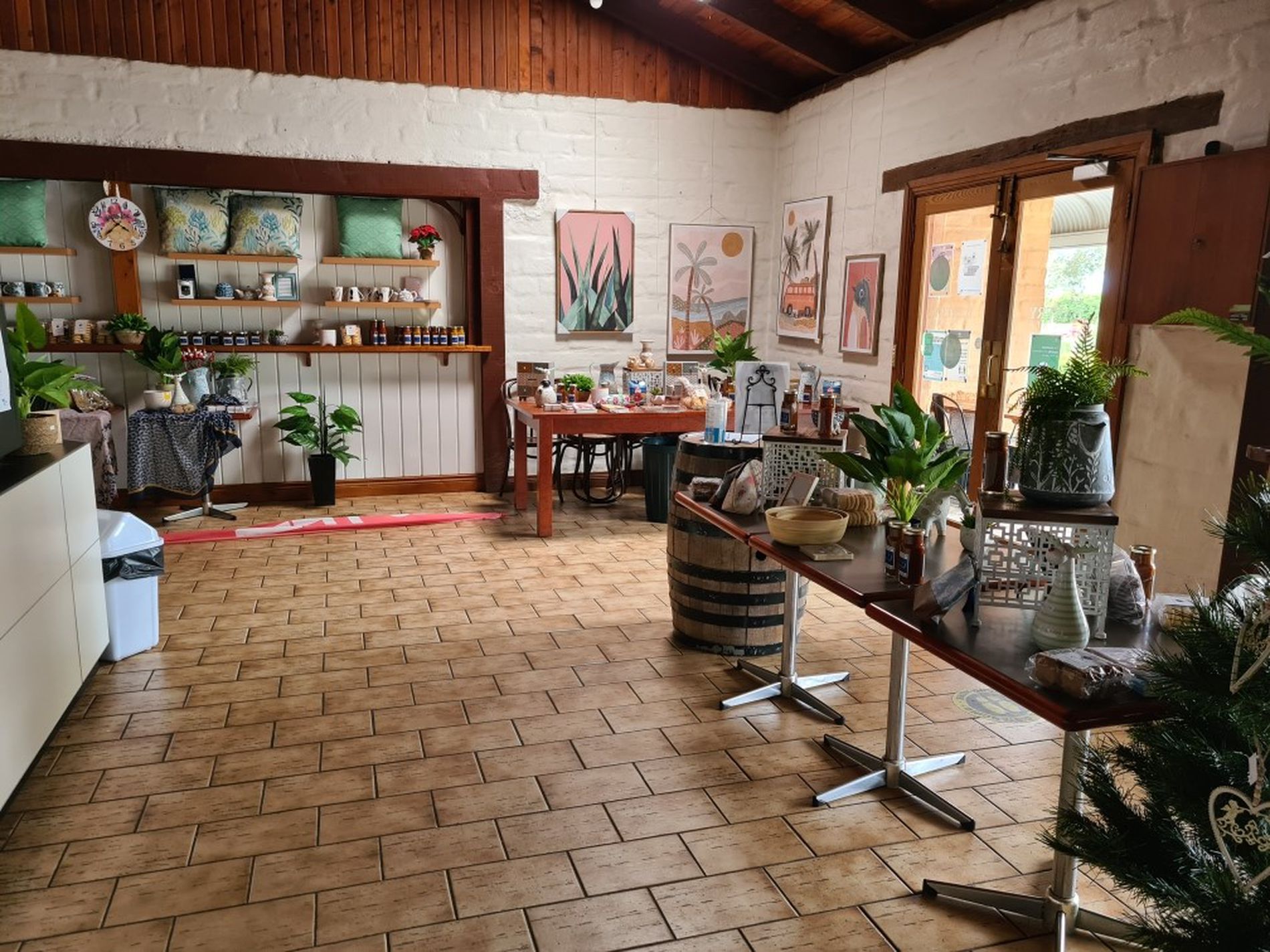 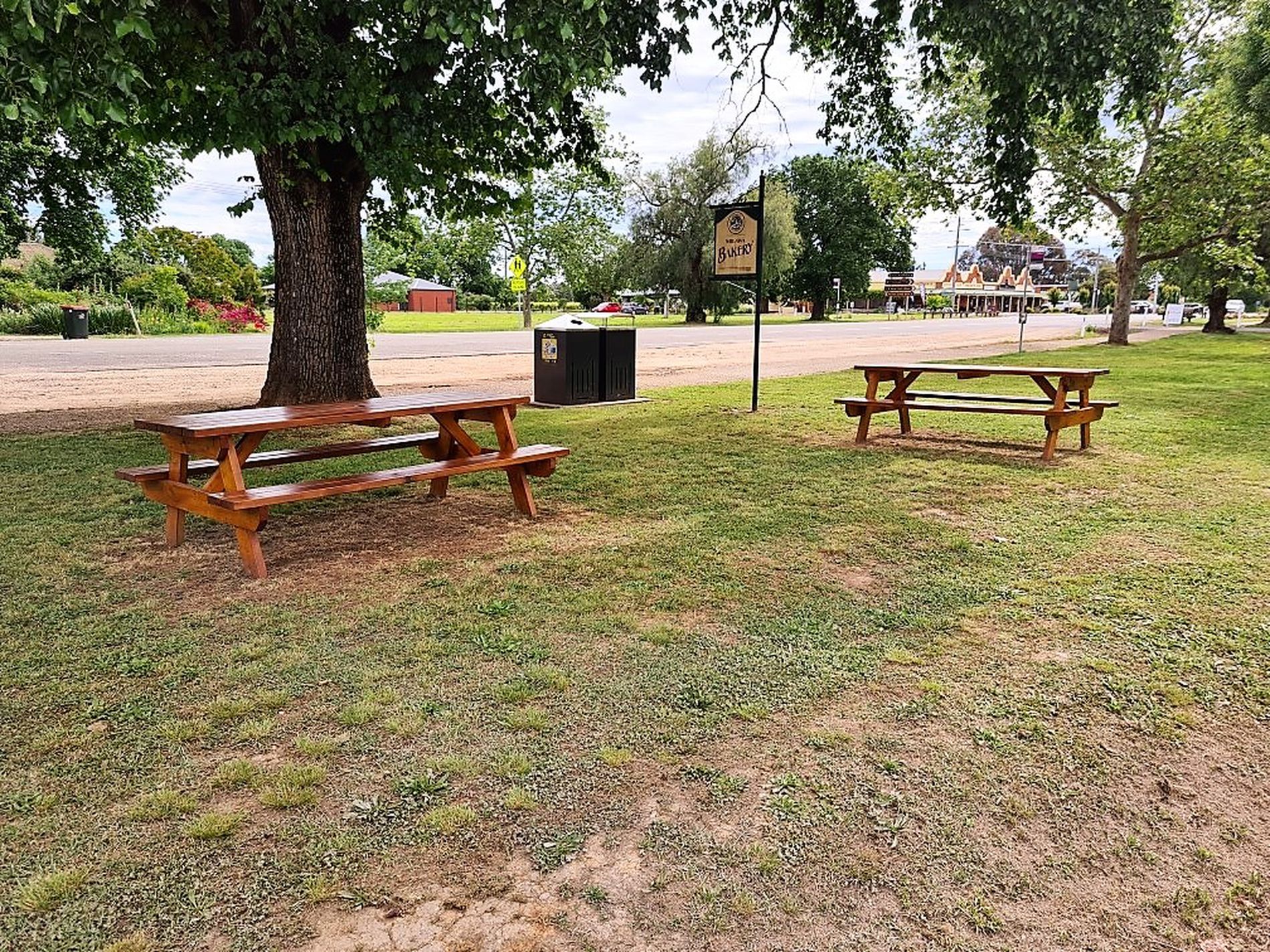 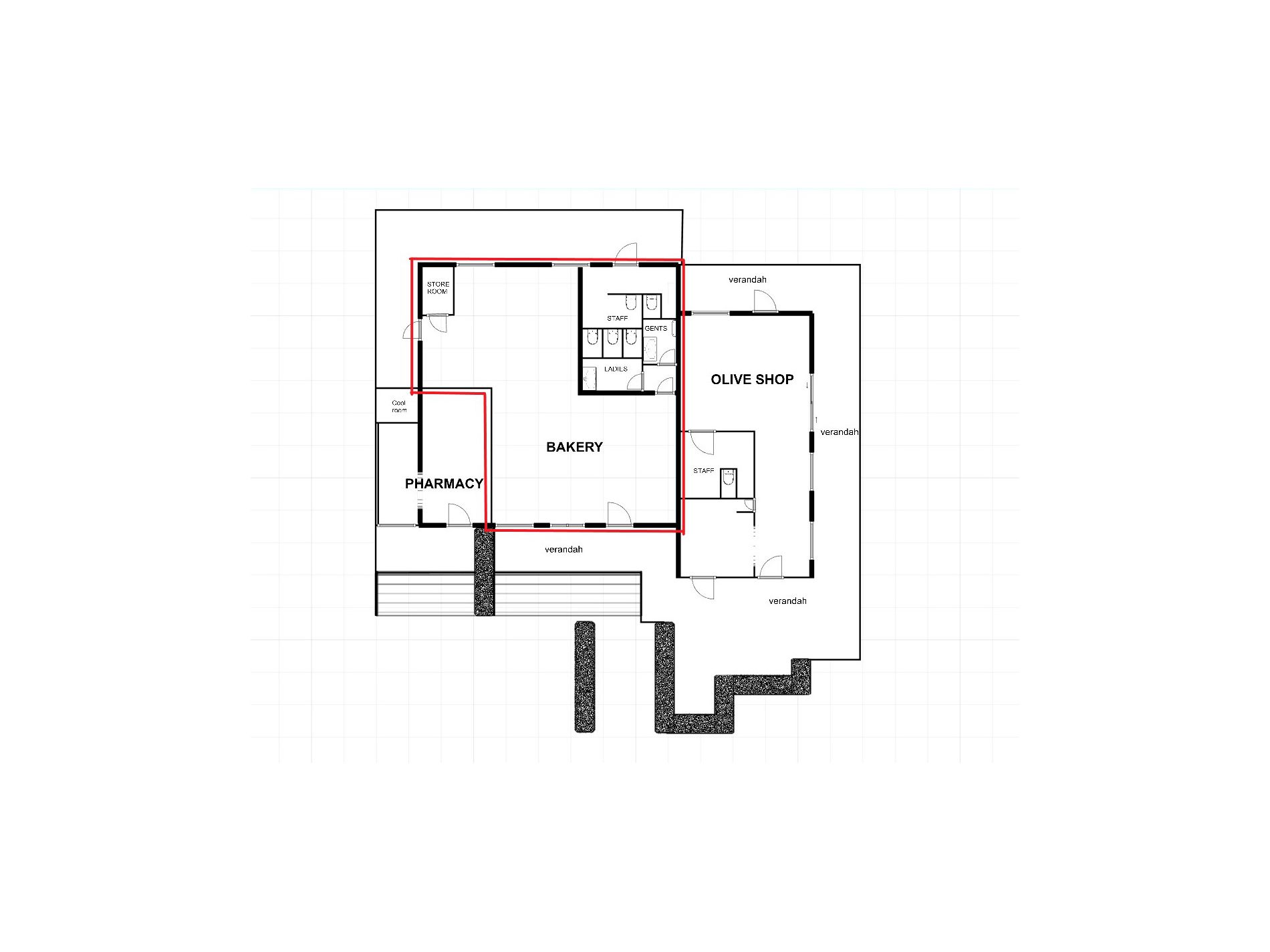 The Milawa Bakery Cafe is situated on the north side of the Snow Rd (also known as the Glenrowan-Myrtleford Rd), approximately 80 metres east of the Snow Road’s intersection with Milawa-Bobinawarrah Rd. This location is near the Milawa crossroads, which comprises most of Milawa’s commercial premises. The Bakery Cafe is between the Milawa Motel and the Old Emu Inn, occupied as Milawa Providore – Red Cellar Door and opposite the Milawa Post Office. Other commercial premises in proximity include the Milawa Hotel, General Store and Gamze’s Smokehouse Restaurant.
This thriving business has been in operation by the current owners since 2008. They have loyal customers both locally and afar. Being the arterial road to Bright and the snowfields it is a popular stop for tourists.
Milawa is a small rural township located approximately 18 kilometres southeast of Wangaratta, in the Rural City of Wangaratta.
The town and the surrounding area have a population of approximately 592 (2011 Census).

Milawa is the hub of the Gourmet Region, which is an area noted for its wineries, farms, restaurants, local produce, and craft. The region also extends west to the township of Oxley, north to Tarrawingee and east to Markwood. Major attractions include the Brown Brothers Winery with its Epicurean Centre, the Milawa Cheese Company, Milawa Mustards, The Providore Tearooms / Red Door Cellar, Lindenwarrah Resort, and the Olive Shop.

The town centre of Milawa is situated at the intersection of the road to Myrtleford (Snow Road) and Bobinawarrah Road. A selection of shops, cafes, and a bakery are located here, including the historic Milawa Hotel, established in 1865.
Milawa is within an hour’s drive of many other tourist destinations within the Northeast of Victoria, making it an ideal town to visit.